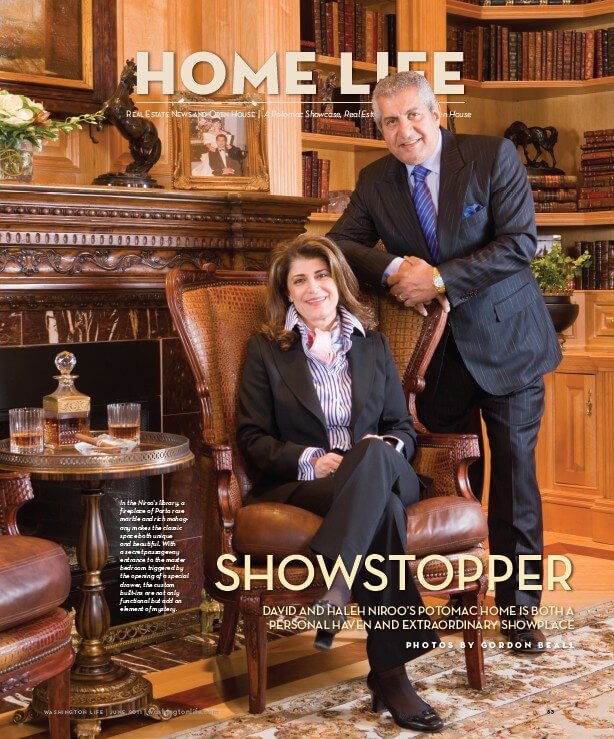 David and Haleh Niroo are featured in the pages of the June 2011 edition of Washington Life. This article showcases the couple’s home as both a place of comfort and a prime example of high-end designprojects for which both David and Haleh are known best.
Professionally and personally, David Niroo and his wife Haleh were a match from the outset. Meeting on a blind  double-date 21 years ago, the native-Iranian duo clicked so well they married six months later. Despite their seemingly divergent career paths – Haleh spent her formative years in Nice and planned a career in fashion design, while David was in financial services – the couple found themselves inspired by their world travels, in particular by the capitals of Old Europe. Marrying their respective penchants for finance and art, they decided to launch a home building company and complimentary interior design firm: Niroo Construction and Haleh Design.