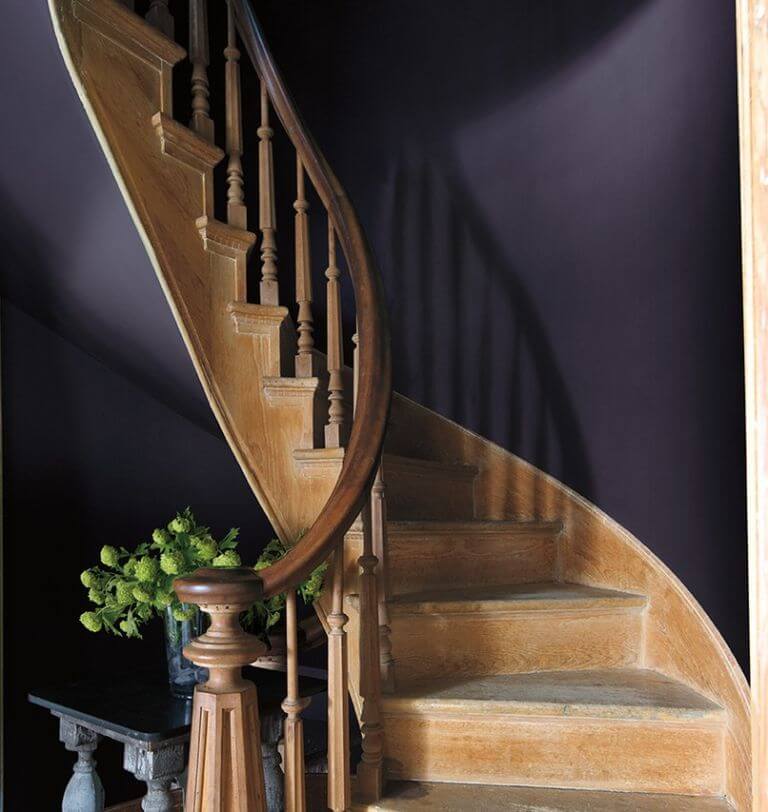 Benjamin Moore just announced the color of the year for 2017 in a recent article written by Lauren Smith from Elle Decor! Can you guess which color they choose? Last year their color for 2016 was Simply White OC-117, but this year they went with something they describe as a rich, deep amethyst: Shadow. What do you think?

My first impression was, “Purple?” but then after looking at the contrast between other neutral as well as bold colors, I’m impressed.

I agree with a comment that one of Benjamin Moore’s spokesperson revealed at a party in New York which stated, “After a year of looking at white, we were looking for something with more feeling”. The company also shared a palette of 22 colors they include other jewel tones like ruby and emerald.

We would recommend to play with the color and use your creativity to mix with the palette of different shades of purple. Why limit yourself only to walls? Add a pop of color to ceilings, doors, and furniture! I’ll be experimenting with this “Shadow” color in a formal powder room, and a master bedroom in one of my upcoming projects and show my clients the other palettes from the 2017 Benjamin Moore collection.

Benjamin Moore is taking a bold step away from a safe choice and we’re already loving the color of the year they picked for 2017!